Ⅰ. The introduction of glucose oxidase

Glucose oxidase has many functions such as inhibiting mold and detoxification, enhancing immunity, protecting liver and detoxification, and promoting digestion. It can remove pathogenic factors in the body, especially in the intestine, optimize the intestinal environment, increase appetite, increase feed intake, and replace antibiotics and prebiotics. What's more, it can protect the immune system, enhance liver function, reduce drug residues in animals, and improve the quality of animal products. It can also replace some antibiotics in antibiotic prophylaxis and feed. As a new type of green non-toxic feed additive, it can be widely used in livestock and poultry feed.

Glucose oxidase can quickly relieve toxin poisoning in the prevention and treatment of animal diseases, especially mycotoxin poisoning; it can assist drugs, increase curative effect, and speed up recovery. The compound glucose oxidase preparation can quickly remove bacterial toxins and intracellular toxin poisoning in animals. Especially its treatment of mycotoxin poisoning is better than that of drugs such as nystatin. It has the effect of controlling dead scouring in one day and recovering in three days. There is no contraindication to antibiotics, so it can be combined with synergistic antibiotics to increase the efficacy and speed up recovery. High temperature resistant pelleting is suitable for the processing and production of pellet feed. It is used to prevent and treat diseases caused by Salmonella with outstanding effect, which is better than that of antibiotics, and there is no antibiotic resistance and residual harm. It is especially suitable for the production and processing of high-standard poultry, eggs and meat in developed countries.

Ⅱ. The effect of glucose oxidase:

1. Improve the animal intestinal microecosystem and improve the body's immunity

Glucose oxidase catalyzes glucose to produce gluconic acid and hydrogen peroxide in the animal body. This process requires a large amount of oxygen to be consumed, which creates a relatively anaerobic environment for the animal's intestinal tract. This anaerobic environment is beneficial to the proliferation of bacteria in the intestinal tract and is not conducive to the growth of harmful bacteria. At the same time, a large number of beneficial bacteria will competitively inhibit harmful bacteria. Gluconic acid can promote the production of large amounts of short-chain fatty acids in chyme, and short-chain fatty acids are the main source of energy for intestinal microbes. By optimizing the structure of the flora in the intestinal tract, the health of the animal's intestinal tract can be improved and immunity can be enhanced. Studies have shown that adding glucose oxidase can reduce the number of E. coli and Salmonella in piglet manure. Tests have shown that adding glucose oxidase can effectively reduce the number of E. coli in the stomach and ileum of piglets, and significantly increase the number of lactic acid bacteria in the stomach and ileum of piglets.

2. Inhibit the growth of mold and reduce the harm of toxins

Glucose oxidase inhibits the growth of various molds such as Aspergillus flavus, Rhizopus niger and Penicillium by anti-oxidation, thereby reducing the production of mycotoxins, and has a good preventive effect on aflatoxin B1. At the same time, it can destroy the furan ring structure of the mycotoxin, open the ring, and promote the disappearance of the toxicity of the mycotoxin; glucose oxidase can also generate glucuronic acid, stimulate the gastrointestinal production of detoxification enzymes, and improve the detoxification ability of the liver, and induce the detoxification ability of the body itself to be enhanced, reducing the impact of mycotoxins on the animal body. Glucose oxidase is added to the diet of mice using moldy feed. Then the results show that when the content of aflatoxin B1 is less than 67.66μg/kg, the addition of 0.3% glucose oxidase can effectively alleviate the impact of mycotoxins on growth. In the research, it is found that 5‰25U/g (25U/ml) glucose oxidase can completely detoxify the toxicity of aflatoxin B1 at a concentration of 500ppb in the feed. Compared with the control group, feeding chickens with the diet containing aflatoxin B1 at a concentration of 2000ppb and supplemented with 5‰25U/g glucose oxidase can increase the survival of the experimental group by 39.5%. Adding 5‰25U/g glucose oxidase to the drinking water of chickens can increase the survival number by 28.5%. Studies have shown that adding 5‰ glucose oxidase to the corn feed containing 19.5μg/kg aflatoxin B1 and feeding cows continuously for 10 days can detoxify the toxicity of aflatoxin M1. Compared with the control group, it has no effect on milk production, milk protein and fat content.

Livestock and poultry will produce a large number of free radicals when various stress states occur. These free radicals will destroy the epithelial cells in the intestines when they reach a certain amount. Glucose oxidase has an antioxidant effect, which can remove free radicals produced in animals, ensure the intestinal epithelial cells keep intact, and prevent the invasion of pathogenic bacteria and coccidia. Research results show that adding glucose oxidase to the diet can increase the serum SOD activity of broilers, reduce the MDA content, and have antioxidant and anti-stress effects. Gluconic acid is used by the flora in the back of the intestine to produce butyric acid, which provides energy for the intestinal epithelium, stimulates the growth of intestinal epithelial cells, enhances mucosal permeability, and promotes the absorption of water and sodium ions. Adding 200 grams of glucose oxidase to the piglet's diet can reduce the diarrhea rate by 54.21%.

Glucose oxidase can rapidly metabolize glucose in the intestine and reduce the inhibitory effect of high concentration glucose on feed intake; it can also reduce the intestinal pH of livestock and poultry, activate the endogenous digestive enzymes in the intestine, promote the digestion and absorption of feed in the intestine, and help animals quickly resume normal feeding in case of anorexia, indigestion and diarrhea and promote the rapid growth of animals. Long-term use can increase the growth rate of broilers by more than 15%, increase the egg production rate of layers by 3 to 5% during the peak period, increase the egg production rate by 5 to 7% after the peak period, increase the thickness and weight of the egg shell, reduce the rate of abnormal eggs, and reduce feed-to-egg ratio and death rate.

The Effect of Protease on the Human Body What Are the Applications of Xylanase Enzyme? Unveil the Mysterious Pectinase What is the Detection Method of Glucose Oxidase Enzyme Activity?
Other Related Products 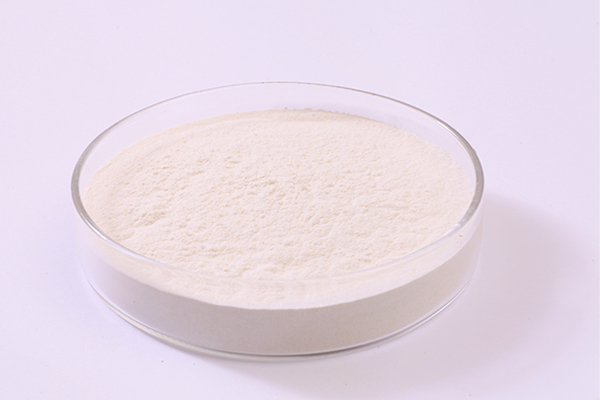 What is the Detection Method of Glucose Oxidase Enzyme Activity?