Classification and Sources of Proteases

Protease is a general term for a class of enzymes that hydrolyze protein peptide chains. Proteins (macromolecules) are decomposed into small molecules such as amino acids and polypeptides under the action of proteases. Therefore, the human body's food absorption and digestion, physiological activity, peptide activation, etc. are all closely related to protease, involving all aspects of life. According to statistics, protease accounts for more than 60% of the global production and sales of enzyme preparations. As an important enzyme preparation, what are the types and sources of protease? Let's briefly introduce it.

1. The source of protease

Proteases can be divided into microbial proteases, animal proteases, and plant proteases according to their sources. Among them, the protease derived from microorganisms has a wide range of sources, more than 900 microbial proteases have been reported, and secondly, the production cost is low, making the protease derived from microorganisms the most widely used. The same microorganism can produce a variety of proteases due to different culture conditions. Most Bacillus are non-toxin-producing and non-pathogenic, easy to cultivate, and are widely used in the production of neutral and alkaline protease. The fungi are mainly Aspergillus (Aspergillus oryzae, Aspergillus oryzae, Aspergillus niger), Rhizopus, Mucor and Phytophthora are also strains that produce neutral and acidic proteases. The strains used for production are all strains that conform to the US GRAS. Aspergillus oryzae can produce neutral, alkaline and acidic proteases. Black Aspergillus and Rhizopus produce only acidic protease, while Aspergillus terreus produces neutral and alkaline proteases, and Phytophthora oryzae and Mucor produce curd-type enzymes.

Plant proteases such as papain, ficin, and bromelain belong to cysteine proteases, also known as sulfhydryl proteases. The optimum pH of these enzymes is neutral except that individual enzymes are acidic and can be affected by p-chloromercuric benzoic acid (PCMB). specific inhibition, but DFP and metal chelators have no effect on it. The streptopain produced by Streptococcus and the clostripain produced by Clostridium histolyticum are also cysteine proteases. It is known that there are about 20 families of this kind of enzymes, which widely exist in prokaryotes and eukaryotes, and their active centers contain a pair of amino acids, namely Cys2His. The sequences of Cys and His in different families of enzymes are different. Usually such enzymes require the presence of reducing agents such as HCN or cysteine to be active.

Trypsin and alkaline protease belong to serine proteases, the active center contains serine residues, and the enzymatic activity can be specifically inhibited by diisopropylphosphoryl fluoride, PMSF and potato inhibitor (PI). The optimum pH of the enzyme is between 9.5 and 10.5. It is an alkaline protease, but some serine proteases are neutral proteases, and some enzymes can be affected by the thiol reagent p-chloromercuric benzoic acid (PCMB) because the active center also contains cysteine residues. inhibition. The specificity for substrates is similar to that of chymotrypsin, and it can preferentially cleave peptide bonds formed by aromatic amino acids such as tyrosine, phenylalanine or hydrophobic amino acids such as leucine on the carboxyl side. The molecular weight of the enzyme is 15 ~30kDa, isoelectric point PI about 9, stable at pH 9-10 at low temperature, but rapidly inactivated at 65°C. The optimum pH of some alkalophilic Bacillus alkaline protease is 11-12, and the PI is very stable at around 11.

Pepsin and fungal acid protease belong to aspartic protease. The optimum pH of these enzymes is 2.0 to 5.0. They are stable in acidity and rapidly inactive when the pH is higher than 6. The PI of the enzyme is 3 to 4.5. Acid methyl ester (DAN) and 1,22 epoxy 232 (p-nitrophenoxy) propane (EPNP) are obligate inhibitors of this type of enzyme, and the molecular weight of the enzyme is 30-45kDa. Microbial acid proteases can be divided into two types, namely pepsin type and chymosin type. The microorganisms that produce the former type of enzymes are mainly Aspergillus, Rhizopus, and Penicillium, and the strains that produce the latter type of enzymes are Phytophthora koraiensis, Phytophthora Mildew, etc. The specificity of microbial acid protease is similar to pepsin but not as strict as pepsin. It can cut peptide bonds composed of a wide range of amino acids, especially the cleavage points are peptide bonds composed of aromatic amino acids and other amino acids.

There are so many types of protease enzymes, how to choose? Usually, different proteases have different cleavage points. According to the different substrates, through the compounding of several proteases, such as the protease series produced by Bestger, the hydrolysis rate is higher and the utilization rate of the protein is greatly improved! 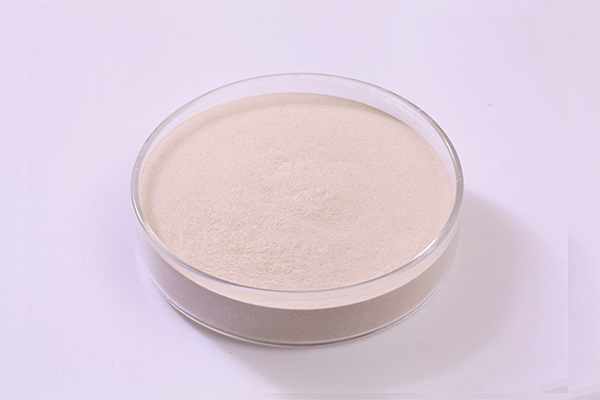